Comece-Holy See: Rome, a conference, “(Re)thinking Europe – A Christian contribution to the future of the European project

The programme of the international conference named “(Re)thinking Europe – A Christian contribution to the future of the European project”, due in Vatican City from 27th to 29th October, 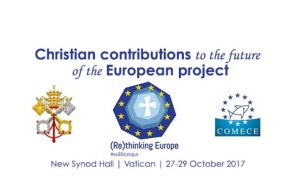 after the opening speeches by cardinals Parolin and Marx and by the deputy president of the EU Commission, Timmermans, will have a first session, “Europe at a crossroads”, with a speech by Pat Cox, former president of the European Parliament.

It will be followed by three workshops, about “Integration – Building bridges between and within the member states”; “Dialogue – The state of democracy in Europe”; “The force to create – What economy for Europe, in a constantly changing world”. In the evening, a prayer with Rome’s poor people, in the church of Santa Maria in Trastevere. On October 28th, workgroups on “Speaking of Europe”, followed by Mass. In the afternoon, a debate about “Discussing Europe”, followed by an audience with Pope Francis, which will be attended by the president of the European Parliament, Antonio Tajani. Lastly, closing Mass in St Peter’s basilica on October 29th. 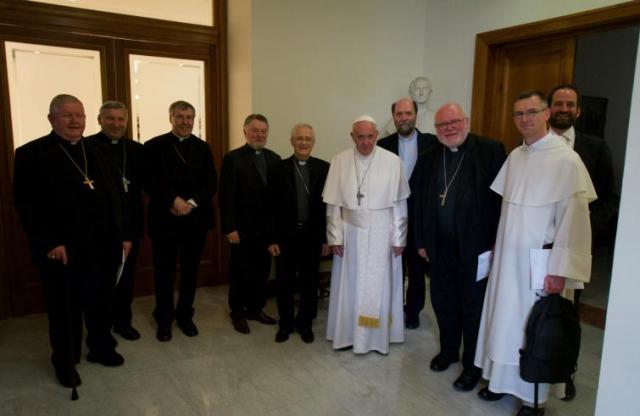 Cardinal Pietro Parolin (Vatican State Secretary), cardinal Reinhard Marx (president of Comece) and Frans Timmermans (first deputy president of the EU Commission) will be opening the international conference named “(Re)thinking Europe – A Christian contribution to the future of the European project”, which will take place in Vatican City from 27th to 29thOctober.

The initiative has been taken by Comece (Commission of the EU Bishops Conferences) and by the Holy See, to coincide with the 60thanniversary of the signing of the Treaty of Rome, which, back in 1957, set off the European integration process. “Now that the future of the European Union looks uncertain – the promoters explain –, a chance is offered for dialogue and for a joint reflection with Pope Francis”.

The initiative (by invitation only) is mainly addressed to bishops, lay Catholic associations, politicians and some young people and experts from different countries. The conference will try to emphasise the “commitment of the Catholic Church to finding new solutions and new ways to live together in Europe”. 130 people are expected to attend. 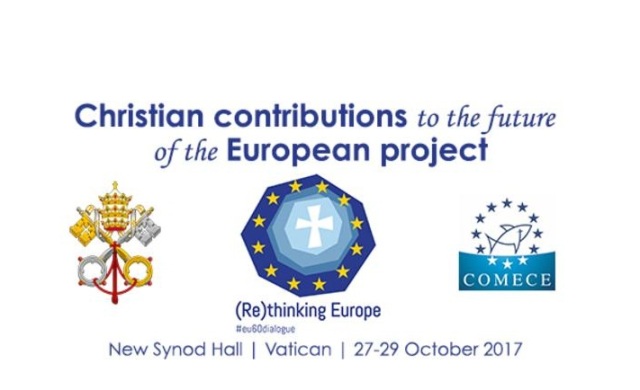 Una risposta a Comece-Holy See: Rome, a conference, “(Re)thinking Europe – A Christian contribution to the future of the European project